“Map of the Soul: Persona,” poised for release on major online music stores Friday evening (Korean time), is the opener of BTS’ new “Map of the Soul” album series following their two-year-long “Love Yourself” album trilogy that won two No. 1s on the Billboard 200 album chart.

Having recorded sensational discographic success with “Love Yourself,” the new seven-track album carries “the honest stories (BTS) wants to tell its fans who made today’s BTS possible,” according to the band’s management agency Big Hit Entertainment. 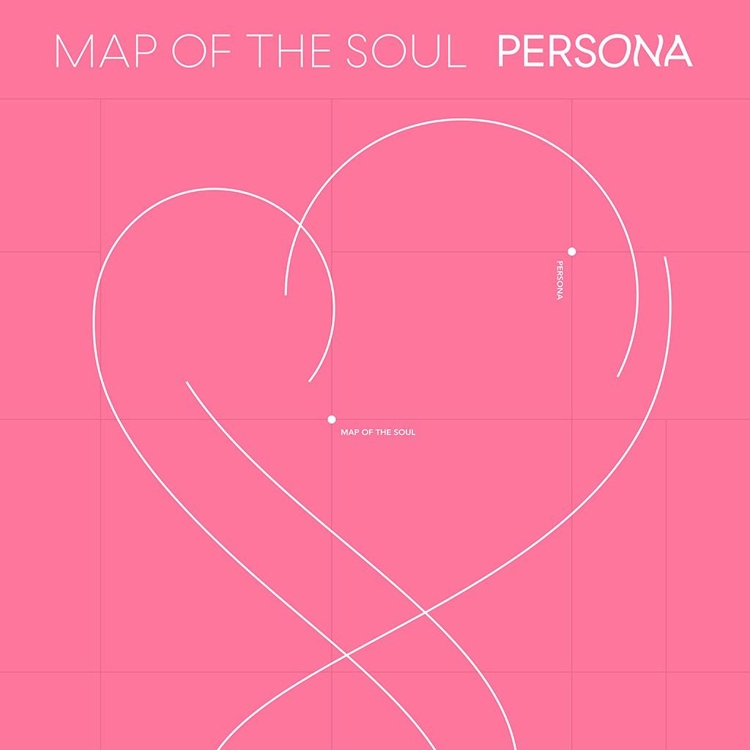 The new album is famously fronted by “Boy With Luv,” featuring American diva Halsey, a funk pop track whose music video pays homage to the iconic film “Singin’ in the Rain.”

The song “plays with interest on and love toward ‘you,’ as well as the joy of small, humble love,” Big Hit said in a press release hours before the album hits the music scene.

“It colorfully expresses the feeling of thrill from love and has a easy-to-listen melody line,” it said.

Including the main track, the album explores the stories of an inner mind, interest in the outside world and the joy of love, the agency said.

The album has an assortment of surprises for fans, with its fourth track “Make It Right” featuring British singer-songwriter Ed Sheeran.

The third track “Mikrokosmo” is a philosophical song delving into the link between me and the outside world, while the fifth track “HOME” is a song for fans, drawn as a metaphorical home where one could always return in times of hardship and loneliness.

The sixth track “Jamais Vu” is a joint work by the BTS’ subunit of three members — J-Hope, Jin and Jung-kook — while the final track “Dionysus” is a hip-hop number featuring Jin’s rocking vocals, according to Big Hit.

Preorders for the first “Map of the Soul” album reached 3.02 million, while it has maintained the best-seller position on Amazon’s CDs & Vinyl store ever since preorders started about a month earlier, heralding another bout of wild discographic success for the band.

BTS will world-premiere the album live on the famous American nightly show “SNL” on Saturday before holding a news conference on the new release in Seoul on Wednesday. (via pbr@yna.co.kr / Yonhap, Images provided by Big Hit Entertainment.)

BTS garners more than $50 million from stadium tours in May

View all posts by opeymouse →